INVITATION TO APPLY FOR ELIGIBILITY AND TO SUBMIT COMPARATIVE PROPOSALS (IAESP)

The City of San Fernando Water District (CSFWD), created pursuant to Presidential Decree No. 198, as amended, otherwise known as the Provincial Water Utilities Act of 1973, received an unsolicited proposal from the Original Proponent for the PROVISION OF SANITATION SERVICES AND THE FINANCING, CONSTRUCTION, OPERATION, MAINTENANCE AND EXPANSION OF THE SEPTAGE COLLECTION AND TREATMENT FACILITIES IN THE CITY OF SAN FERNANDO, PAMPANGA.

Pursuant to the 2013 Guidelines issued by the National Economic Development Authority under Section 8 of Executive Order No. 423 dated 30 April 2005, negotiations ensued between CSFWD and Original Proponent on the JV Proposal.  Subsequently, an agreement was reached between CSFWD and Original Proponent to form an unincorporated joint venture to undertake the JV Project. 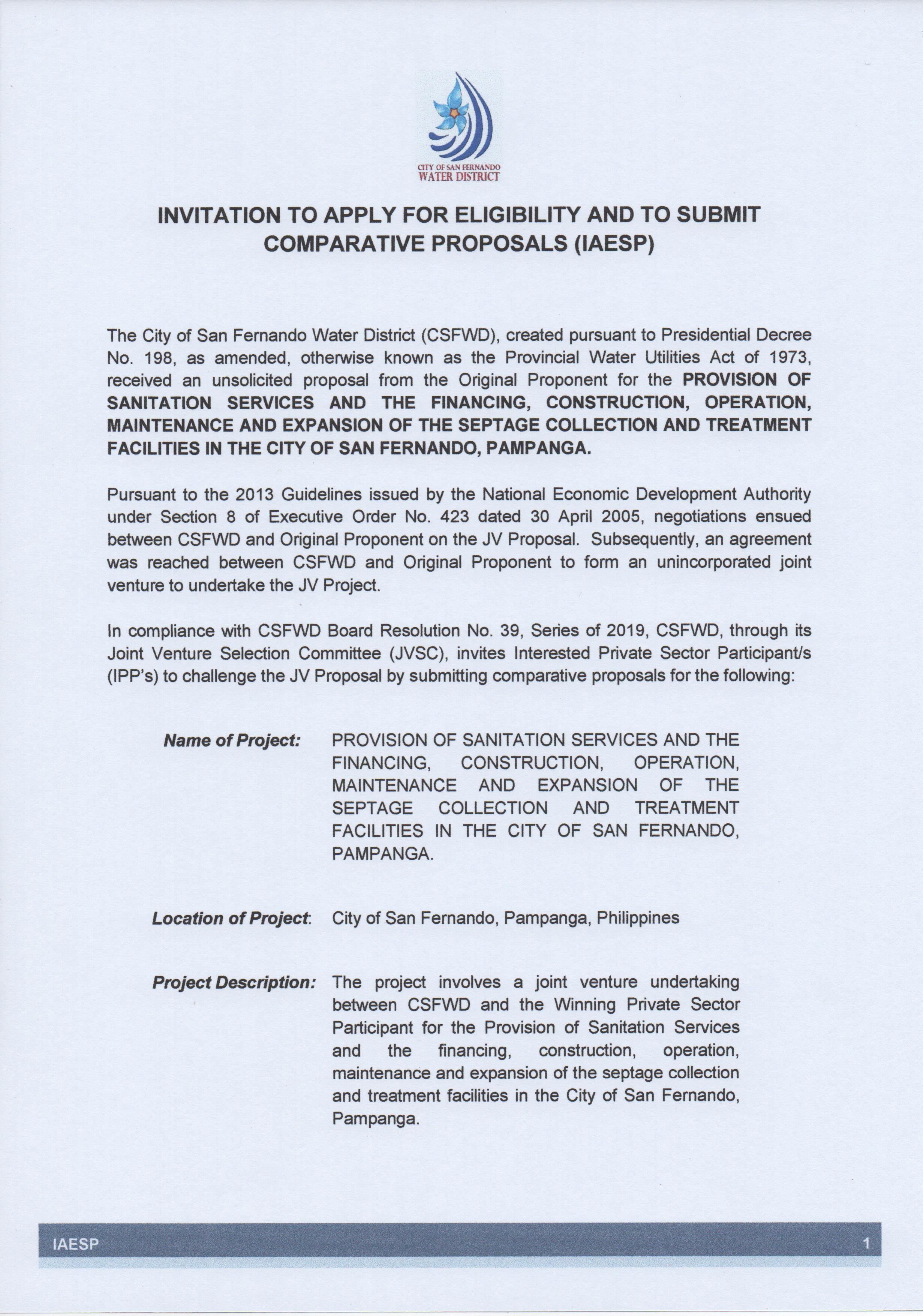 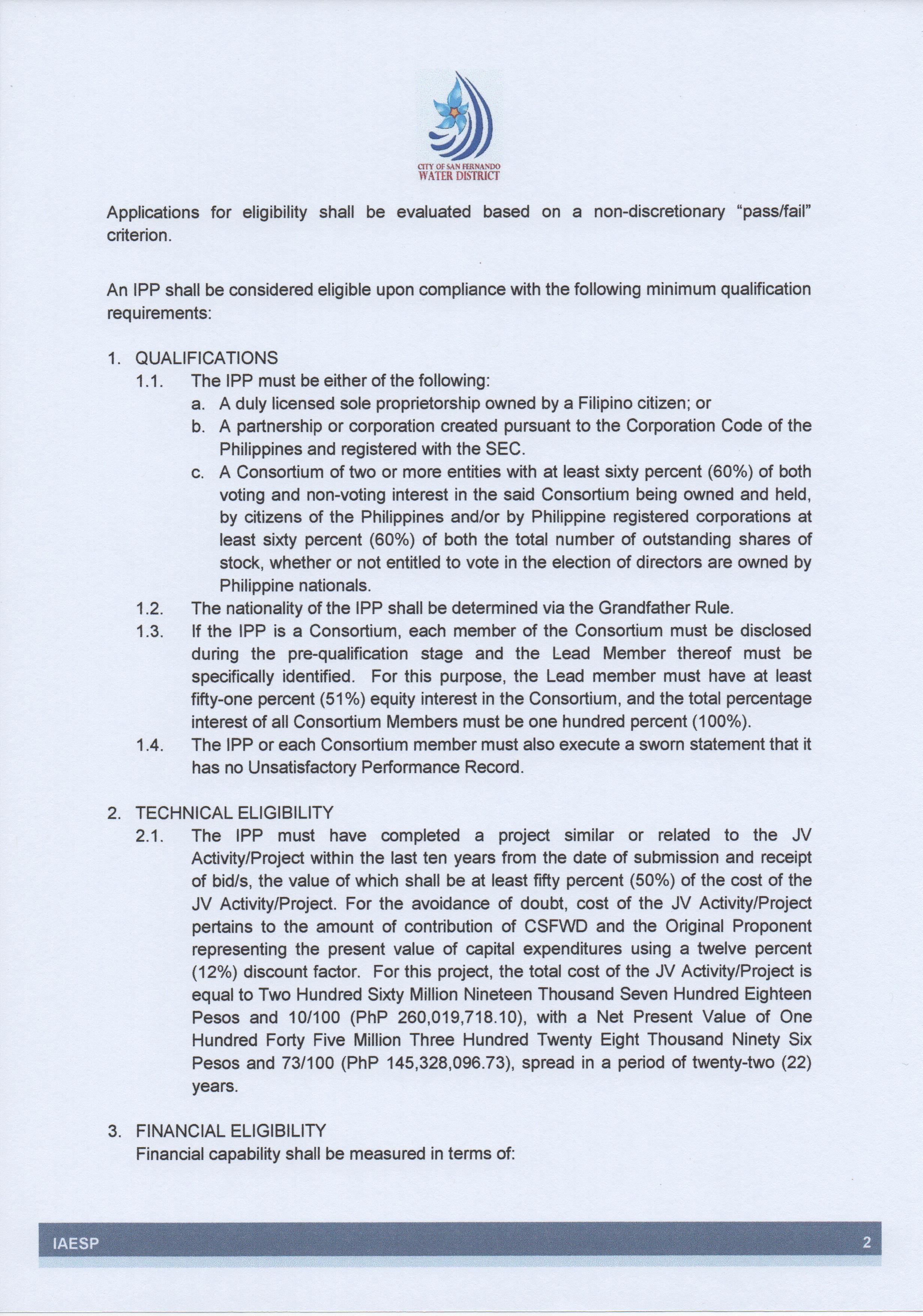 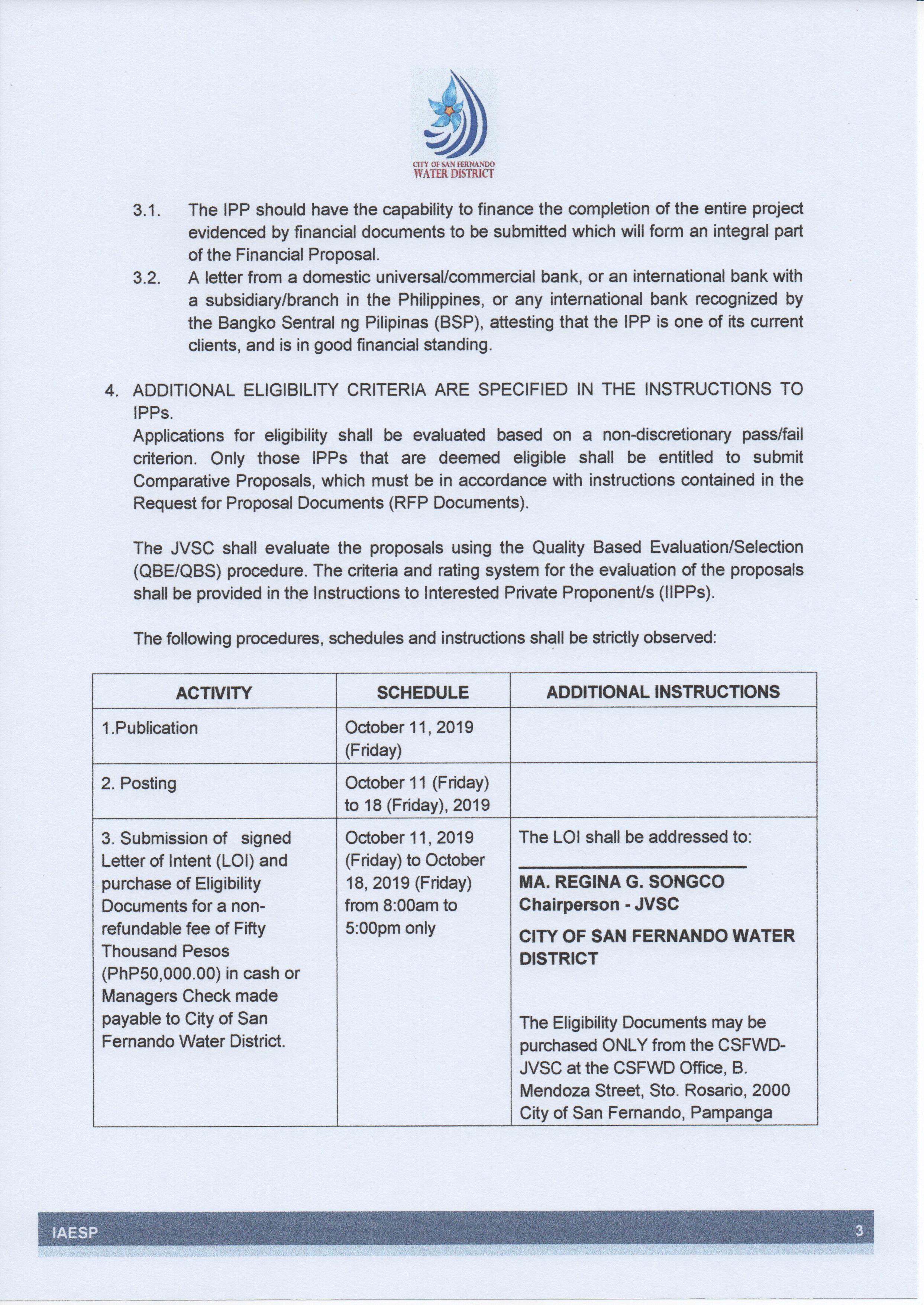 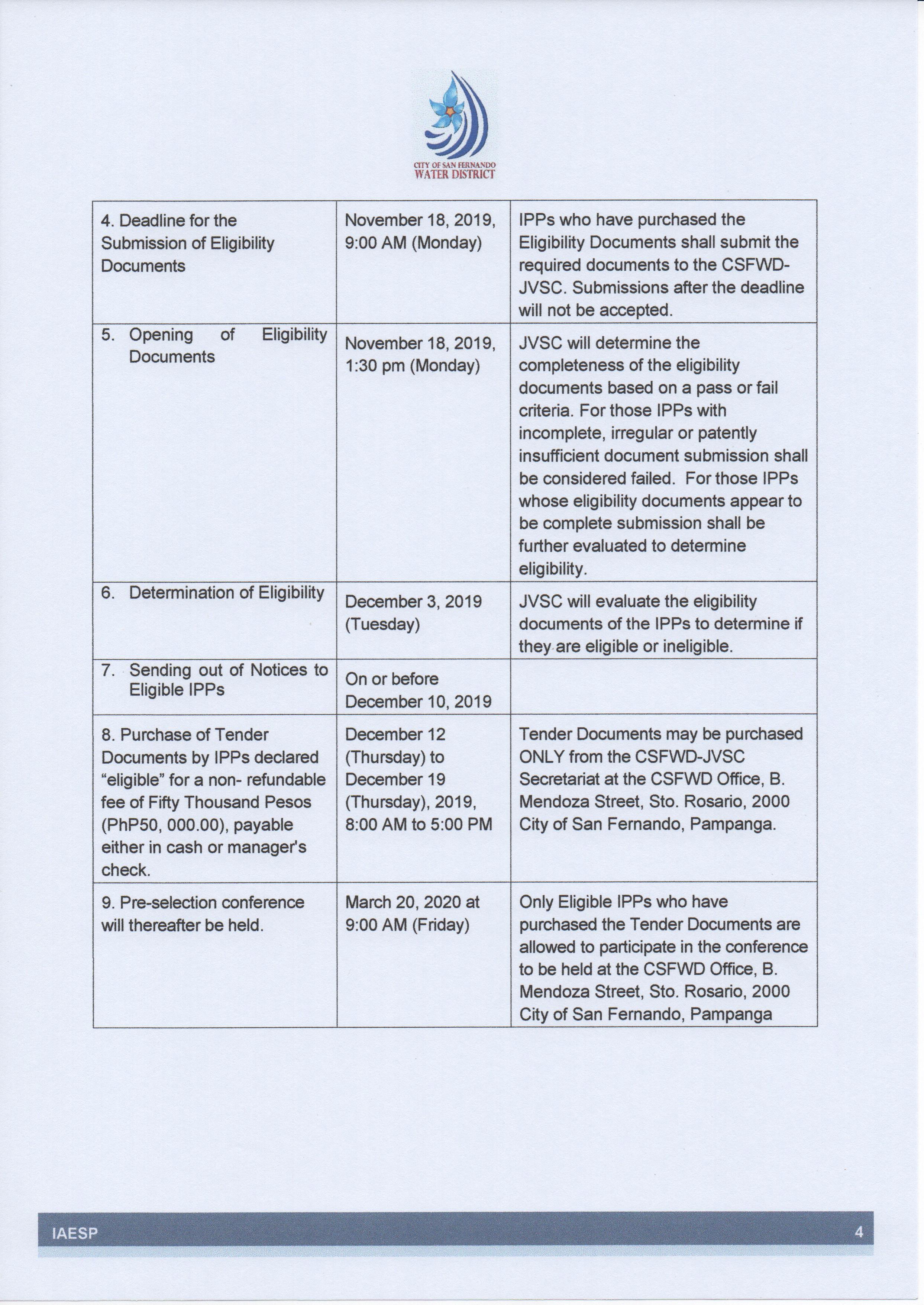 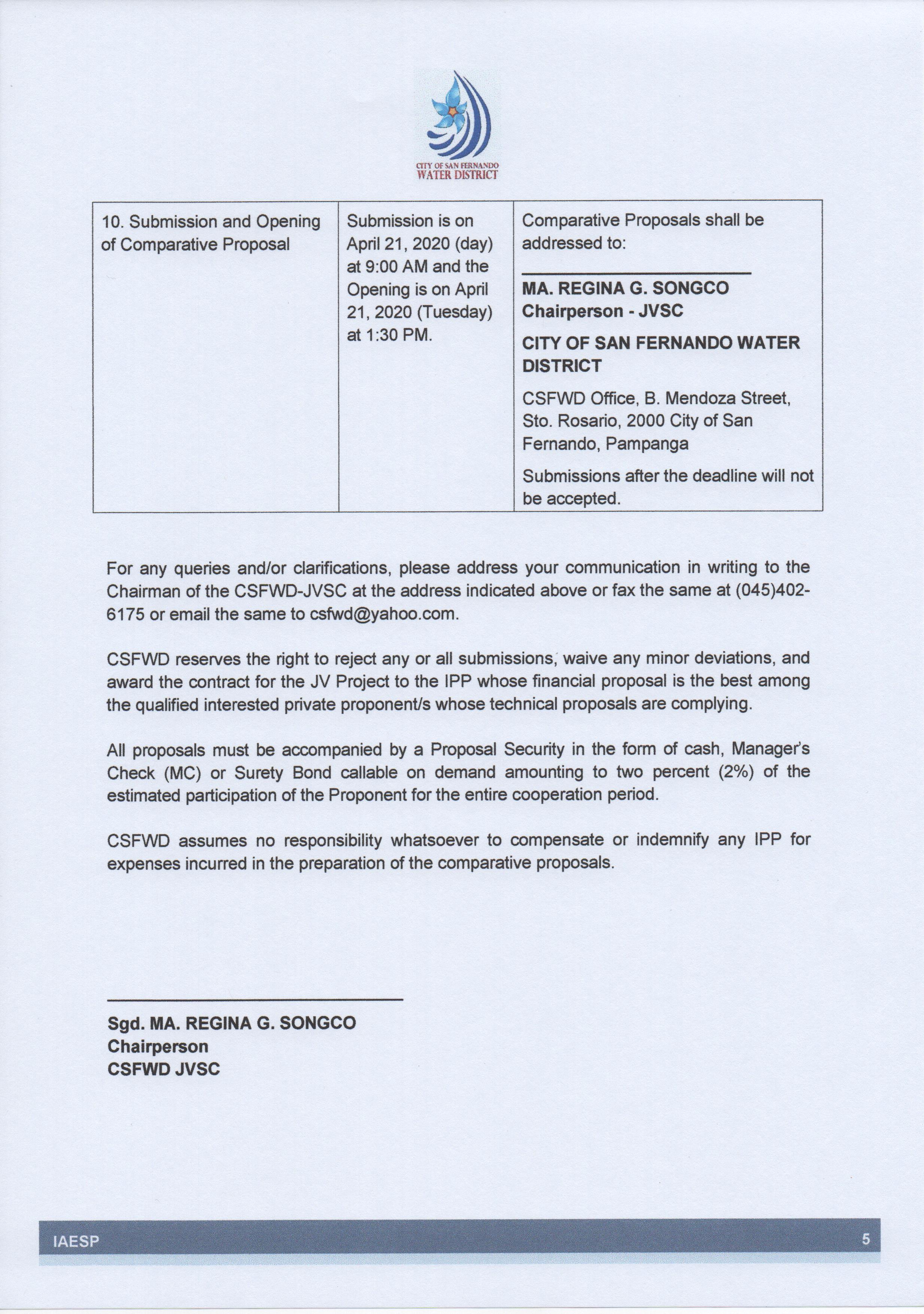