The San Fernando Water District (SFWD) was formed on December 16,1976 by virtue of Resolution No. 94 of the Sangguniang Bayan (Municipal Council) of San Fernando. The service area of the water system mainly covers the Poblacion, the center of the town of San Fernando and some barangays around the area. The estimated population to served by the system was about 80,000; however, only about 12,000 were actually served, since there were only 1,200 service connections acquired. In March 7,1977, the ownership and management of the entire water system was turned-over from the Municipal Government to the San Fernando Water District in accordance with Presidential Decree No.198 (The Provincial Utilities Act of 1973).

In 1929, the first production well was constructed as the source of water supply. Additional wells were constructed in later years. In 1977, the San Fernando Water District has five (5) production wells and can produce an estimated 3,900 cubic meters of water per day.

From the year 1929 to 1977, the SFWD has two 380 cubic meter concrete elevated storage tanks, located in Brgy. Lourdes and Dolores that serve as stroage facilities and were being used on a “fill and draw” basis. It has also a transmission and distribution system that consists of about 13 kilometers of 2″,3″,4″ and 5″ diameter cast iron-pipelines.

The SFWD continue to improve and develop up to the time before the Mt. Pinatubo erupted.

The SFWD benefited from the help extended by other countries for the victims of Mt. Pinatubo eruption. The SFWD aquired grants from the Germany in constructing three (3) pumping station for the improvement of the water system. These pumping stations were built in Brgy. Sta. Lucia, Dolores and Brgy. Moras dela Paz.

In 1995, a disaster hit the town of San Fernando. Everyone was affected and even the SFWD was nit spared. Having 11,000 customers before the disaster, it drastically dropped to only 6,000 customers. This is one of the major test to the stability and strength of the SFWD. Instead of laying-off employees, just what other corporations did, the employee agreed to sacrifice half of their monthly salaries for the sake of the company. The company strived to gain back the glory they lost.

After 30 years of inception, with all the problems and challanges ferociously encountered, the SFWD, now the City of San Fernando Water District, continues to perform its mandate as provided for under PD 198 – to develop the water system and to provide safe, potable, adequate and continuous water supply to the residents of the City of an Fernando.

The CSFWD envisions itself to become a pillar of sustainable development in the City of San Fernando, a globally-competitive provider of safe and potable water managed by highly competent people in the service of its stakeholders by 2021.

We are committed to the efficient and effective development, utilization and disposal of water resource to make it available and accessible to the City’s constituents. 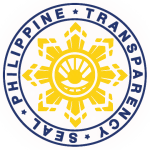